Perhaps the most obvious characteristic of ageing observed on most old paintings is the network of cracks – known as craquelure – caused by the different mechanical behaviour of the various layers (such as the support, ground and paint layers). This phenomenon is observed on Vermeer's paintings such as in 'The Music Lesson' (Royal Collection) shown in [ fig.1]. 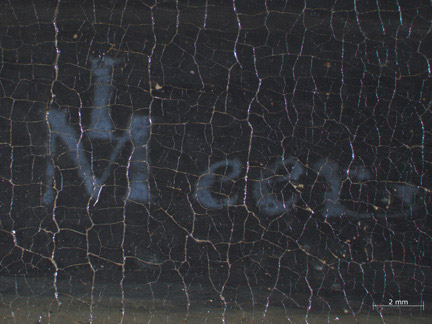 However, close observation of the paint surface in The Guitar Player and 'The Music Lesson' has revealed specific paint defects associated with Vermeer's original technique.

Severe wrinkling can be observed in some areas of 'The Guitar Player', for example, in the white paint of the ermine fur trim of the jacket [ figs.2 & 3]. Yellowed varnish has built up around the wrinkles, visible in fig.3, accentuating the effect. 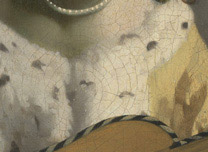 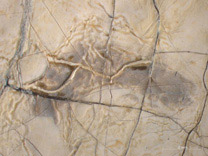 fig.3 Photomicrograph of 'The Guitar Player' showing the ermine jacket.

This type of defect occurs when the paint has not formed an even, continuous film upon drying. This can cause further problems when another paint layer has been applied on top. For example, the thin green paint used to depict the tip of the long curls of the guitar player's hair has formed wide cracks where the white paint layer below has wrinkled and pushed through the relatively thin green paint layer above [ figs.4 & 5]. 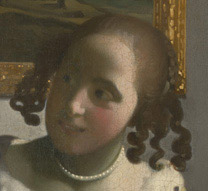 fig.4 Detail from 'The Guitar Player'. 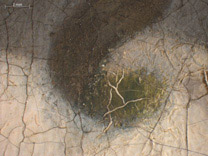 fig.5 Photomicrograph of 'The Guitar Player' showing the tip of one of her ringlets.

Wrinkling can be attributed to problems during the drying of paint films, which is a complex chemical process (see Binding medium). It is often associated with differences in drying rates between the surface, or upper paint layers and the 'bulk' or lower paint layers, with the surface paint drying while the lower paint remains soft. This can be due to an excessively thick application of paint,1 or might instead be caused by differences in composition between the paint layers. A large number of factors influence drying, but one reason why one paint layer might dry at a different rate than another is the relative amount of oil medium that it contains. Other contributing factors could include the incorporation of additives (such as resin or driers) to the paint mixture, the type of oil used and whether it had undergone any heat-treatment, the pigment content, the number and compatibility of paint layers and environmental factors such as temperature and humidity.2

A comparison between the painted skirt in Young Woman standing at a Virginal and a superficially similar passage from 'The Guitar Player' is interesting since the guitar player's skirt shows the wrinkling defect whereas the skirt in 'Young Woman standing at a Virginal' does not [figs.6–9]. Vermeer must therefore have applied his paint, and perhaps also prepared it, in a very different manner for these two paintings. The difference does not seem to lie in the pigment composition since both passages contain the pigment lead white.3 The paint seems to have been more thickly applied in 'The Guitar Player', which could be one possible cause of the wrinkling, but it could instead be that Vermeer used a paint containing a larger amount of oil medium.

The type of oil would also influence the drying properties, which could be determined from analysis of a paint sample from this region by gas chromatography-mass spectrometry (GC-MS). Examination of a paint cross-section using scanning electron microscopy with energy dispersive x-ray detection (SEM-EDX) would provide information on the pigment content, or the presence of additives, and on the paint stratigraphy (layer structure). These types of investigation could help to reveal the precise cause of the wrinkling, but on this occasion it was not possible to obtain any samples from the areas that showed this paint defect.

Wrinkling of the paint has also been observed in other paintings by Vermeer, as for example in 'Girl with a Flute' dated 1665–70 (National Gallery, Washington) where paint oozes from an underlying layer in the girl's salmon-pink cuff.4

1. If the paint is too thick, normal drying processes involving oxygen from the air cannot take place and the deeper layers of the paint film will dry extremely slowly.

2. A comprehensive survey of the causes and characteristics of paint film defects, including wrinkling, can be found in M. Hess, 'Paint Film Defects: Their Causes and Cure', London, 1951.

3. It is unusual to have such severe wrinkling in paint containing lead-based pigments, which are known to aid the drying of paint films.

4. We are grateful to Melanie Gifford for this observation.