Pompadour suffered from increasingly poor health. She miscarried several times, and it became impossible for her to continue a sexual relationship with the King. It seems that in around 1750, their relationship became platonic. 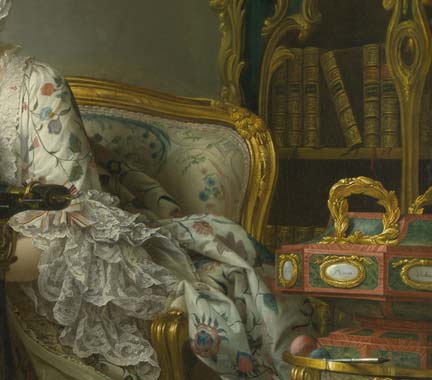 However, the royal mistress was not about to relinquish her powerful position. Instead, she moved to a grander set of apartments, and used art to remodel her image. 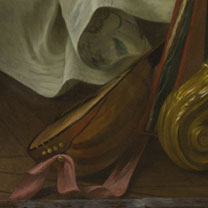 Madame de Pompadour began to commission images of herself based on the theme of friendship. Her final portrait shows her as a respectable, cultured middle-aged woman.

Her dress and surroundings demonstrate her taste and the books, mandolin and portfolio remind us of her intellectual and artistic achievements.

Next: Politics and power