The art of seduction

Madame de Pompadour used art to seduce and captivate the King. She acquired a number of lodges and châteaux in which to entertain him.

Her rooms were decorated with paintings by her favourite artists, like Vanloo and Boucher. The mood was light and pretty and most importantly of all, private. Time with Pompadour was time away from the formal rituals of court where the King was constantly on display. 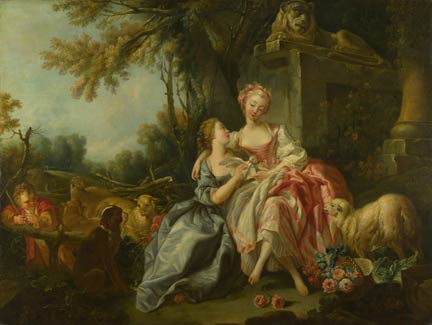 The Studio of François Boucher, The Billet-Doux, 1754

Everything at her châteaux was luxurious. Everyday objects were made in precious materials, so that the King and his mistress could play at ordinary life whilst still inhabiting a world of splendid display. 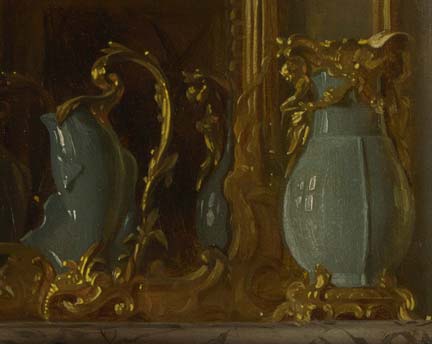 Madame de Pompadour had a particular passion for porcelain. She bought hundreds of objects in all sorts of shapes, styles and colours, some of which became associated with her, in particular the ornate, swirling forms known as 'rococo'. A certain shade of deep pink became known as 'Pompadour Pink'.

She put a great deal of energy into promoting French manufacturers. She transformed the fortunes of Sèvres porcelain and the Gobelins tapestry works.

Next: From lover to companion