King Louis XV was a lonely, melancholic character, who sought pleasure and comfort in the company of other women besides the queen. 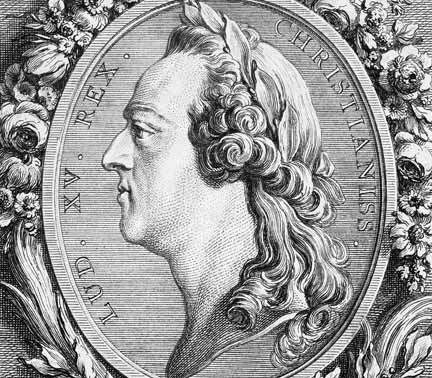 Detail of engraving of Louis XV from the 18th century

He was introduced to Pompadour at a ball in 1745. She was dressed as a coquettish shepherdess -  the King, bizarrely enough, had come as a tree. That night, her carriage was spotted outside his apartments. 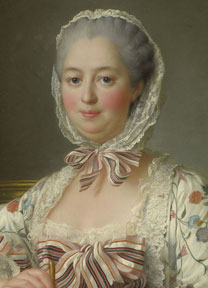 Few at court thought that the King's relationship would be more than fleeting, but within weeks he had moved Pompadour into a suite of rooms in the palace of Versailles.

The King felt guilty about having a mistress. He appreciated the qualities of his wife, Queen Marie Leszczynska. However, Pompadour offered a seemingly never-ending series of intoxicating diversions to keep him focused on her. She put on plays, taking the starring role in light-hearted stories of nymphs and shepherdesses in love with gods, which the king found very flattering.

Next: Lady in waiting