Public rowing races, or regattas, on Venice’s Grand Canal began in 1315. These popular and impressive spectacles, as depicted by Canaletto (fig.1 – enlarge and zoom in) were held during carnival season on 2 February, the Feast of the Purification of the Virgin. 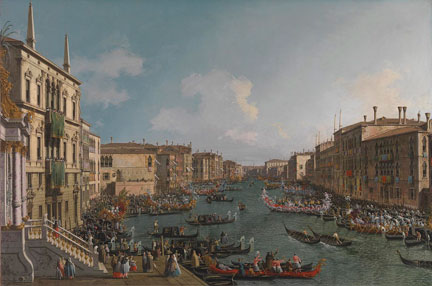 Special regattas were also organised to honour important dignitaries visiting the city. In this painting, Canaletto represents a regatta taking place during carnival season, as suggested by the numerous spectators wearing the carnival ‘bauta’ of a white mask and black cape (fig. 2). 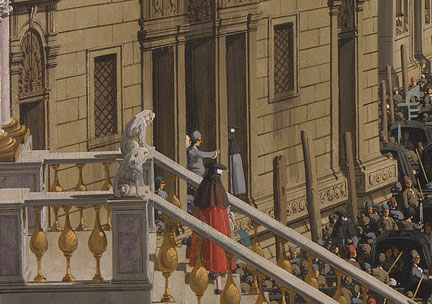 The race, about eight kilometres in length, began on the south-eastern end of the island at the Punta di Sant’Antonio (fig. 3), continuing along the Riva and Molo, up the Grand Canal to the Ponte della Croce, and back to the Volta di Canal between Ca’ Foscari and Palazzo Balbi, the latter easily identifiable on the left bank of the canal by the obelisks on its roof. 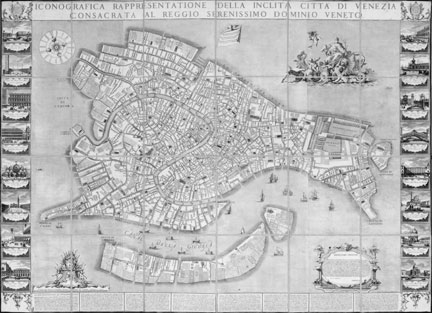