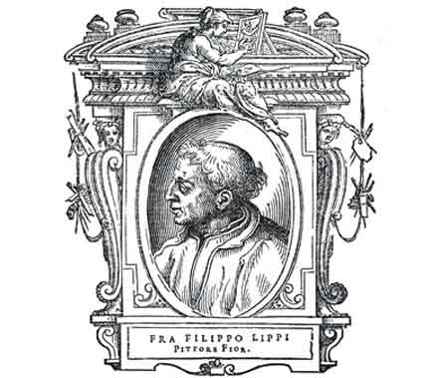 'Fra Filippo Lippi was gracious and ornate and exceedingly skilful; he was very good at compositions and at variety, at colouring, relief, and in ornaments of every kind', wrote Cristoforo Landino in 1480; his comment remains a valid assessment of Fra Filippo's style. Fra Filippo's pictures were popular in Florence and he was actively supported by the Medici family, who commissioned the pictures of 'The Annunciation' and the 'Seven Saints'.

As an orphan Filippo was sent to the Carmelite friary in Florence. But he was not temperamentally suited to be a friar. His life is a tale of lawsuits, complaints, broken promises and scandal. Fra Filippo's fame as a painter spread beyond his native Florence and he spent long periods painting fresco cycles in Prato and Spoleto, where he died. In 1456 he abducted a nun, Lucrezia Buti, from the convent in Prato where he was chaplain. He was finally permitted to marry her. Their son Filippino was later taught in Lippi's workshop, as was Botticelli.

Lippi's early style is based on that of Masaccio but he later moved towards more richly decorative and lyrical effects.