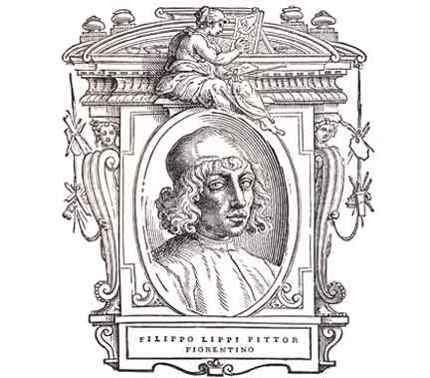 Filippino (' little Filippo') was probably born in Prato in 1457 following the elopement of his father Fra Filippo Lippi and Lucrezia Buti. Filippino was a leading Florentine exponent of the tradition of great fresco cycles, as well as an accomplished painter on panel. Filippino's father died in 1469 and he was soon in the workshop of Botticelli, who worked with Filippino on one Adoration of the Kings. A Milanese agent in Florence reported in about 1490, 'Filippino: a pupil of Botticelli and son of the most outstanding master of his time'.

Filippino's fame spread throughout Italy and he painted major series of frescoes in Rome as well as Florence. He was also a renowned painter of altarpieces, receiving commissions from Milan, Bologna and Genoa.

Perhaps through the historical misfortune of being eclipsed by the next generation, in particular by Raphael and Michelangelo, Filippino's contemporary success, greater than even that of his teacher Botticelli, is now forgotten. His sacra conversazione influenced High Renaissance artists and he can be seen as a link between the achievements of the 15th and 16th centuries.