NG2790 is signed in two places: once on the collar of the black king’s black attendant, IENNIN GOSS... (fig.1); a second time on the black king’s hat, IENNI/ GOSSART: DEMABV... (fig.2: the A in GOSSART is unlike the other A; the reason is not obvious). 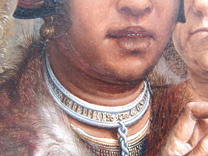 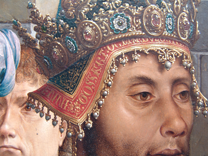 On the black king’s hat: BALTAZAR (fig.3).
Near the hem of the scarf held by the black king: SALV[E]/ REGINA/ MIS[ERICORDIAE]/ V:IT[A DULCEDO ET SPES NOSTRA] (Hail, Queen of Mercy, our life, our sweetness and our hope) (fig.4).
On the scroll held by the second angel from the left: Gloria:in:excelcis:deo: (Glory to God in the highest) (fig.5).
On the object at the Virgin’s feet, which is the lid of the chalice presented by the eldest king: [L]E ROII IASPAR (the king Caspar: fig.6). 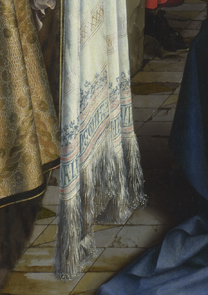 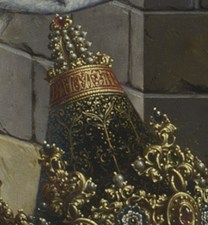 fig.3 Detail from NG2790, the other inscription on Balthasar's hat
View enlargement in Image Viewer 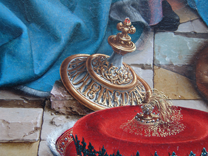 fig.6 Detail from NG2790, the inscription on the lid of the chalice
View enlargement in Image Viewer 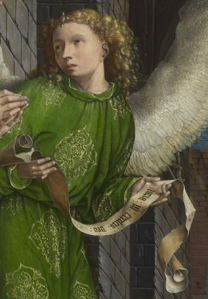 fig.5 Detail from NG2790, the inscription on the angel's scroll
View enlargement in Image Viewer