In the collections of Charles I and Charles II, the portrait was unattributed. The attribution to Holbein, first put forward during the reign of James II (1685–8), lasted until 1875. The portrait was first given to Gossart in the National Gallery catalogue of 1877. Friedländer and others have accepted this attribution, though Davies was concerned that ‘the hands are rather weak’.24 The hands, however, are similar to those in other portraits by Gossart.25

Von der Osten dated the portrait around 1530; Reis Santos placed it between 1530 and 1532.26 The cut of the sitter’s beard and the fashion of his hat and clothes suggest a date towards 1530. The fact that both his doublet and his gown are lined with fur probably indicates that the portrait was painted during the winter months. The pose, with the hands resting on a table placed at an angle, recurs in other, undated, portraits by Gossart.27 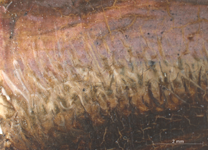 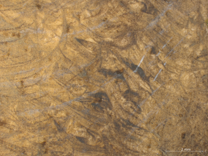 The portrait is rather small and the panel, though well made, is not radially cut. This is unusual in Gossart’s work and in Netherlandish panels of the period, but the painting has survived in good condition and Gossart may have realised that, for a panel of this size, the tangential cut would not cause future problems. Perhaps, since a small panel was selected, neither the sitter nor Gossart was able to spare much time. The speed of execution allows the immense skill of Gossart's brushwork to be admired (figs.20, 21). Though Charles I did not know who had painted NG946, ‘the Picture of an indifferent auncient Gentleman’, and though he had no particular sympathy for early Netherlandish art, he chose to place the painting with some of the greatest treasures of his collection in the Cabinet Room at Whitehall.