Lambert Sustris, 'The Queen of Sheba before King Solomon' 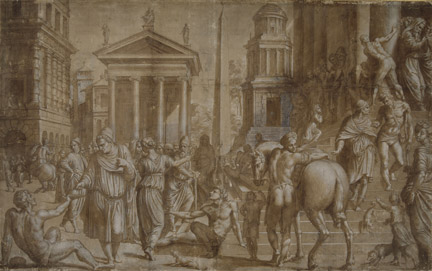