Madame de Pompadour was the long-standing mistress of King Louis XV of France.

In this portrait, the last ever painted of her, she is presented as a respectable, cultured, middle-aged woman, who gazes confidently at the viewer. 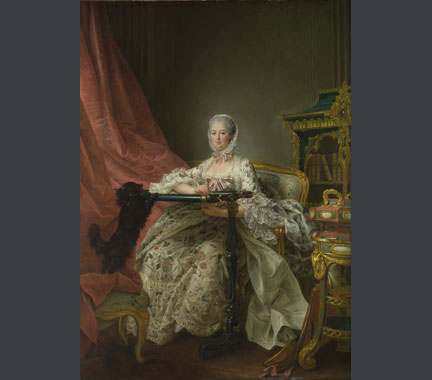 But who was the real Pompadour, and how did she become one of the most powerful women in 18th-century France?

The illegitimate daughter of a financier exiled for fraud, Madame de Pompadour was groomed from childhood to become a plaything for the King. She more than fulfilled her destiny, becoming his acknowledged mistress and one of the most powerful women in 18th-century France.

This is the last portrait ever painted of her. She was no longer the young beauty that Louis had originally fallen in love with, but she was still his friend, confidante and, more dangerously for France, his political adviser.