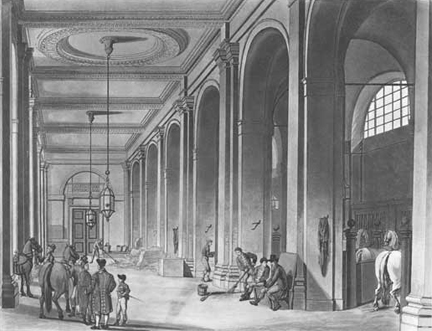 In 1826 nearby Carlton House, former home of the Prince Regent, was demolished but its impressive columns were saved.

Wilkins selected eight of the columns for use in his new National Gallery building. In the event, he then decided they were too small for the central portico. However, it is conceivable that they were eventually used in the east and west porticos.

Next: One building, two art galleries