It's a gloriously sunny day in Venice as the city’s most famous waterway crowds with decorated boats and people dressed up in their finest, all ready for the annual festivities.

This painting, and its partner work, The Basin of San Marco on Ascension Day, are among the grandest views of Venice that Canaletto ever made.

The level of detail is extraordinary. Our eyes hop from delicate wisps of cloud in the bright winter sky, to row upon row of arched windows with brightly coloured awnings.

Clusters of flamboyantly decorated boats float on Canaletto’s typical fish-scale waves and onlookers line the banks in crowds so dense they look like shingle on a beach.

In the foreground, figures dressed in traditional masks and extravagant cloaks and dresses, enjoy animated conversation. Even a pair of stray dogs can’t resist taking part in the most exciting event in the Venetian calendar.

The regatta usually took place on 2 February on the Feast of the Purification of the Virgin and coincided with Venice’s famous Carnival. With masks worn and identifies disguised, mischief and trouble abounded.

Here, though, the scene is a calm one. A race is underway and all eyes are on the water, as the one-oared gondolas or ‘battelli’ race up the centre of the canal. In the bottom left, two boats come round a bend and strain to keep their distance as they come alongside each other. Further ahead, we can see their competitors disappearing from sight towards the Rialto Bridge.

In the bottom left, stands an eye-catching pavilion apparently made from gleaming marble. Canaletto skilfully suggests the purple veins of the stone. Yet, this is a double-artifice – a painting suggesting a marble structure, that was in fact made of painted wood, plaster and papier mâché. The Macchina della Regatta was only a temporary erection created especially for the event as a place to give out the prizes.

Canaletto was born Giovanni Antonio Canal in 1697 in Venice. His father was also a painter, a fact which led to the nickname ‘Canaletto’ or ‘little canal’. It could hardly have had a more fitting alias considering his preferred subject matter as an artist.

His paintings of Venice proved extremely lucrative for him, and he had a large studio who helped to produce them. The impeccable perspective and level of detail have led some to believe that he used a camera obscura, but he was doubtless a very skilled artist. The paintings were often bought by visiting nobility, and some of his most avid customers were British travellers who bought his work as a kind of luxury souvenir. The artist visited England many times, painting works like Eton College and London: Interior of the Rotunda at Ranelagh, both in the National Gallery’s collection. 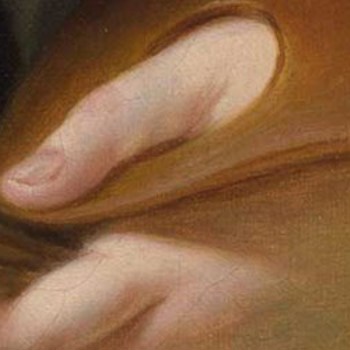 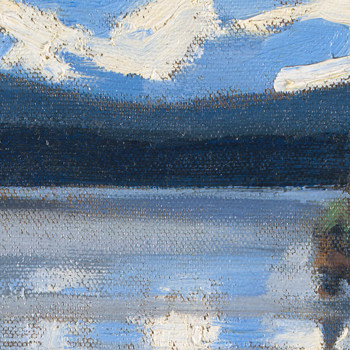 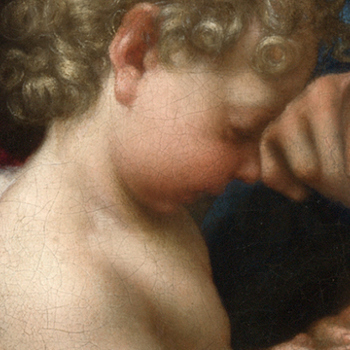 Picture of the month
March 2020: The School of Love
A tender portrait of a young family – except this is no ordinary family
Article
Read more 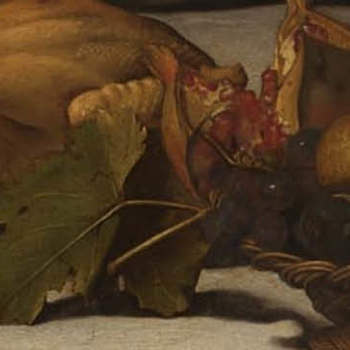 Picture of the month
February 2020: The Supper at Emmaus
Caravaggio’s iconic painting tells this biblical story as never before
Article
Read more 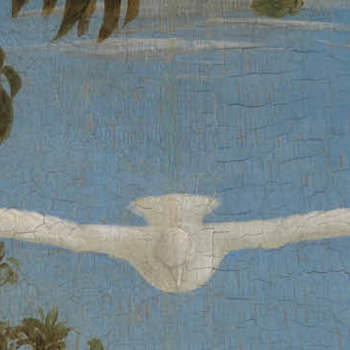 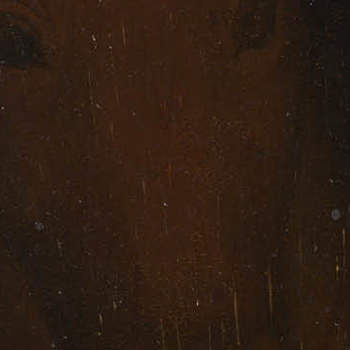 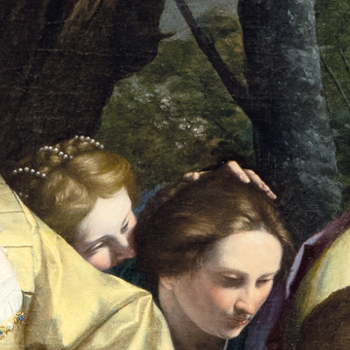 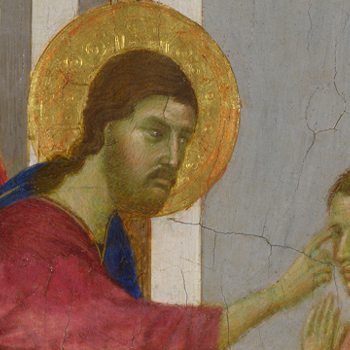 Picture of the month
September 2019: The Healing of the Man born Blind
A small fragment of one of the most celebrated Early Renaissance paintings ever made
Article
Read more
X
/
Y