Canadian artists Janet Cardiff (b.1957) and George Bures Miller (b.1960) live and work in Grindrod, British Columbia and Berlin. The artists have been collaborating since 1995, and are internationally recognised for their immersive multimedia works. 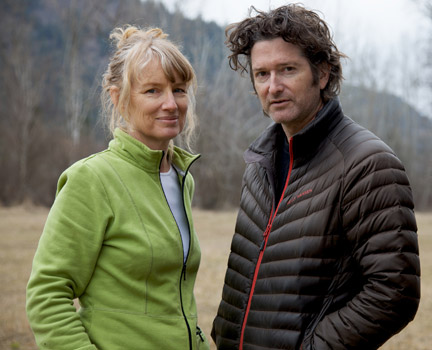 Incorporating dramatic audio tracks into their visually striking installations, the artists create engaging and transcendent multisensory experiences that draw the viewer into ambiguous and unsettling narratives.

They have received international acclaim for their sound installations, including 'Pandemonium' at the Eastern State Penitentiary, Philadelphia and Janet’s solo work, 'The Forty Part Motet'. The artists have also had solo shows at numerous international venues. Representing Canada at the 2001 Venice Biennale, Cardiff and Miller received the Biennale's Premio Prize and Benesse Prize.

Cardiff and Miller’s new work is in response to: