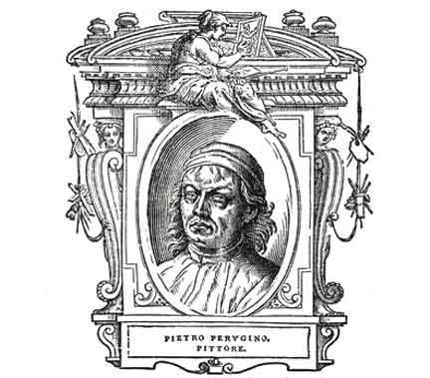 Giovanni Santi described the young Perugino as the artistic equal of Leonardo: 'Two young ones, equal in their gifts and ages, Leonardo da Vinci and Perugino, Piero from Pieve, divine painter.' By the end of his life, however, his sweet light manner, unchanging from the 1490s, had been surpassed by his most important associate, Raphael, and by Leonardo himself.

Pietro Vanucci was born in Città della Pieve and was called Perugino after the town of Perugia, where he worked. As a professional painter and the overseer of two or more workshops consecutively, Perugino had great and international success. Raphael worked with him in Perugia in about 1500. The Gallery's fragments 'The Virgin and Child and Saints Michael and Raphael' were part of an altarpiece for the Charterhouse of Pavia. In 1480-2 he was in charge of the wall decoration of the Sistine Chapel, Rome.

His early formation is not recorded. He is thought to have been a pupil of Piero della Francesca. From about 1470 he worked in Florence in the circle of Verrocchio and was also influenced by Botticelli.