Although our doors have temporarily closed, it's still possible to book tickets for visits from 3 December onwards. Read more. 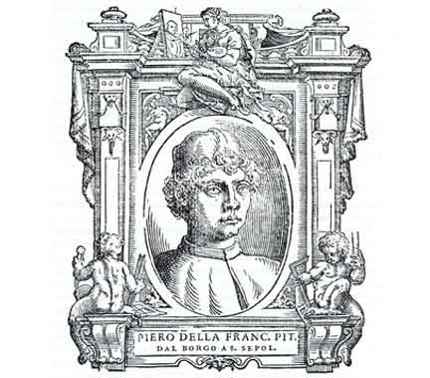 Piero della Francesca is one of the most admired 15th-century Italian painters. The cool colour palette and geometrical compositions contribute to the refined and meditative nature of his works.

Piero was born in Borgo Sansepolcro, in Tuscany. He worked in various central Italian towns, but retained links with Sansepolcro, visible in the background of the 'Baptism of Christ'. The distinctive rolling hills are depicted in a number of his works, such as 'The Nativity'. We know nothing of Piero's training, and the chronology of his works is hard to establish as many are lost. By 1439 he was working in Florence with Domenico Veneziano, whose treatment of space, like that of Uccello, must have influenced him.

Piero was also a mathematical theorist. This interest is reflected in the clearly defined volume of the figures and accurate perspective in his works. It is balanced by a naturalism which derived from Netherlandish art. His patrons were among the most powerful men in Italy: the Duke of Urbino, Sigismund Malatesta in Rimini, and Pope Nicholas V in Rome. According to tradition, Piero taught Signorelli. Vasari says he became blind in old age. He was buried in Sansepolcro.

Saint Michael
Piero della Francesca
The Archangel Michael led an army of angels to battle against the devil and cast him down from heaven (Revelation 12: 9). Piero shows him as a beautiful, youthful soldier. He clutches the severed head of the devil, represented as a snake with pointy ears.The panel was part of a polyptych (multi-p...
Room 61
The Baptism of Christ
Piero della Francesca
Piero was the first artist to write a treatise on perspective – that is, creating an illusion of three-dimensional space on a flat surface. Here, he has painted objects in proportion, so that they appear as we see them in real life. This emphasises the depth of the landscape, but also the harmony...
Room 61
The Nativity
Piero della Francesca
A ramshackle and ruined brick lean-to on top of an exposed rocky outcrop represents the stable in which Christ was born, emphasising the poverty and humility of his birth. The Virgin Mary has spread out her cloak to protect her newborn son’s skin from the bare earth, a pose inspired by the miracu...
Not on display