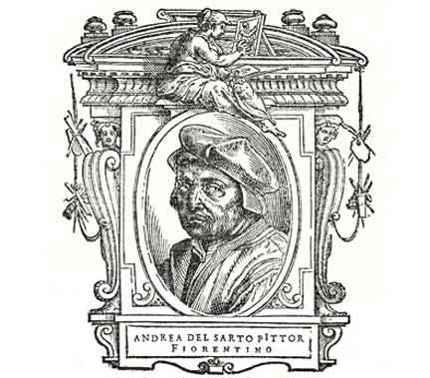 Andrea d'Agnolo was called 'del Sarto' from his father's trade as a tailor. He was the leading Florentine painter of the early 16th century. He succeeded in adapting Leonardo da Vinci's sfumato to a more lively and warmer range of colours, and was a major influence on Pontormo, his younger contemporary, and sometime student.

Andrea del Sarto was, according to Vasari, trained by Piero di Cosimo and other painters. He soon established an independent style, based especially on the work of Leonardo da Vinci and Raphael. Fra Bartolommeo also influenced him, as did Northern European art.

His work consists chiefly of altarpieces ('Madonna of the Harpies', 1517, Florence, Uffizi Gallery), small religious paintings and an occasional portrait. He worked for a time in partnership with Franciabigio. He was chiefly active in Florence, but worked in France in 1518/19 for Francis I.