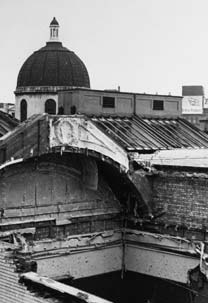 On 7 September 1940, the Blitz began in earnest. The City and the East End bore the brunt of the bombing but other parts of London and the south-east were also severely affected.

The National Gallery was hit by bombs nine times between October 1940 and April 1941. The worst occasion was on 12 October 1940 – a high explosive bomb fell on the Gallery totally destroying the room where the Raphaels had hung just before the war.

On another occasion, an unexploded time bomb was discovered in the wreckage from an earlier attack. It later exploded while a lunchtime concert was being held at the other end of the building. Witnesses say that the musicians playing at the time of the explosion didn’t miss a beat. 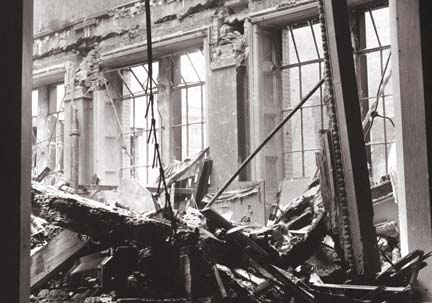 Before the war, Room XXIV had held the Gallery's collection of Raphaels

During all this time the National Gallery had a continual stream of visitors through its doors. Concerts, exhibitions and lectures continued regardless. But the war did take its toll - by the end, not a single pane of glass in the roof was left intact. Many years passed before all the wartime damage was fully repaired.