On their way to the Myra Hess concerts in October 1939, visitors to the National Gallery couldn’t help noticing the forlorn bare walls where the paintings had been before the war.

Before long, a series of temporary exhibitions was organised – a rarity for museums and galleries at the time. There were also rolling displays of contemporary war art organised by the WAAC (War Artists’ Advisory Committee) that Kenneth Clark had helped set up at the outset of war. 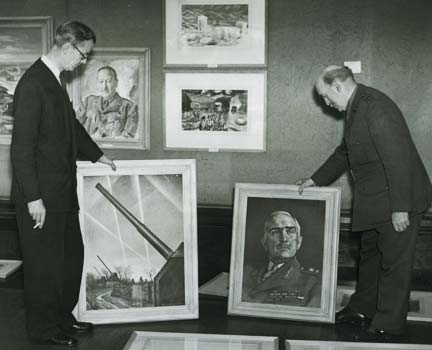 The temporary exhibitions spanned a large variety of subjects, ranging from ‘Nineteenth Century French Paintings’ and ‘British Painting since Whistler’ to ‘Design at Home’ and ‘Greater London: Towards a Master Plan’.

These exhibitions were often disrupted by the damage inflicted by the nightly bombing raids during the Blitz. This didn’t affect the large number of visitors attending. In fact there was much debate as to whether visitors should be asked to leave during the many air-raid warnings that occurred each day. 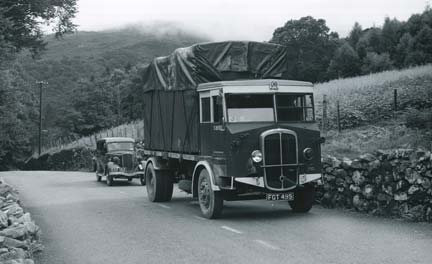 By 1942 paintings started to come back to the Gallery for temporary exhibition.
Photo by kind permission of BRB (Residuary) Ltd

‘Picture of the month’

By 1942 the bombing raids had lessened. It was now felt that one painting could be brought up to London from Manod every month. It was put on show in splendid isolation with some accompanying documentary material.

Every night the work was removed from display and stored in the underground strong room for safety. The arrival of each painting was a news event. The picture of the month scheme exists in the Gallery to this day. 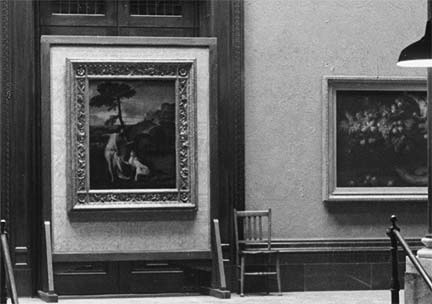