As well as introducing a modern rationale for the Gallery through the standardisation of professional practice and the reorganisation of departments, Hendy pursued a scientific approach to conservation, which placed him and the National Gallery at the forefront of the discipline. Not only did Hendy establish an in-house Conservation Department alongside its growing Scientific Department, but its resulting research soon found its way into the Gallery’s detailed catalogue publications. Hendy wanted to provide factual information based on the evidence of the physical examination of paintings, and set a standard for scholarly precision that was well-received by the contemporary press.

Picture cleaning has been a hotly debated subject in the history of the National Gallery, and it exploded again in 1947 over the cleaning of pictures from the collection. Hendy had to stem the tide of this controversy and salvage the Gallery’s reputation, commissioning a report from a confidential enquiry of experts, known as the Weaver Committee. Their report recommended changes, which were incorporated into the Conservation Department, stimulating its liaison with the scientific unit and the creation of a permanent Restorer position (previously restorers were hired from the outside).

Hendy was also well known for his demands to increase the purchasing power of the Gallery and thus its acquisitions. Following minor budget increases after the Second World War, a purchase grant of £100,000 was finally granted by Parliament in 1959. These funds were intended to fill the gaps of French 18th and 19th-century paintings, and allowed Hendy to acquire works by Cézanne, Monet, and Renoir. The acquisition of other recognised masters such as Uccello’s Saint George and the Dragon, the Leonardo Cartoon or Rogier van der Weyden’s Pietà came to reflect, in the eyes his contemporaries, an impeccable sense of quality, and acuteness of scholarship.

All in all, Hendy was an innovator and moderniser whose conception and management of the museum anticipated the future call for an open, accessible, and professional service to the public. 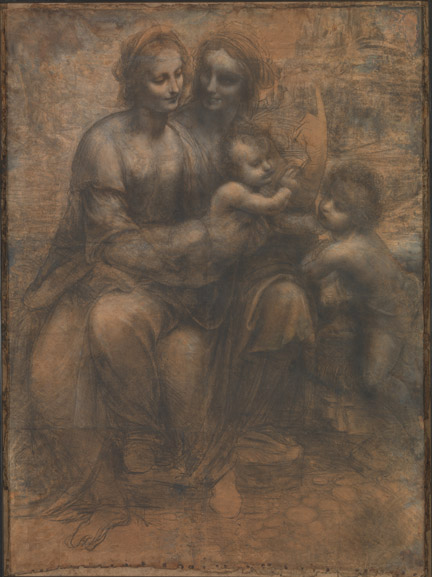 Leonardo da Vinci, 'The Virgin and Child with Saint Anne and the Infant Saint John the Baptist' ('The Burlington House Cartoon’), about 1499-1500 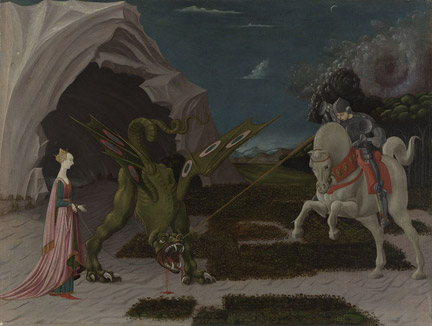 Paolo Uccello, 'Saint George and the Dragon', about 1470 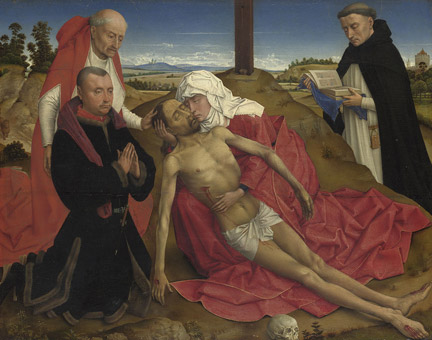