Matteo di Giovanni’s ‘Assumption’ in the National Gallery is one of the greatest surviving Sienese paintings of the Renaissance. In the nineteenth century, the altarpiece to which it belonged was broken up, and the individual paintings which survived entered collections across Europe and America. This project, generously supported by the Samuel H. Kress Foundation, presents a new reconstruction of Matteo’s lost altarpiece.

It is based on research carried out at the National Gallery in connection with the 2007 exhibition Renaissance Siena: Art for a City, and by Dóra Sallay, Head of the Department of Old Master Paintings at the Szépművészeti Múzeum, Budapest.

In late 2007, the National Gallery mounted the first large-scale exhibition in the United Kingdom devoted to the art of Renaissance Siena. While the art of fourteenth-century Siena is greatly admired, that produced during the later fifteenth and early sixteenth centuries is much less well known, especially outside Italy. 'Renaissance Siena: Art for a City' encouraged its visitors to see Sienese Renaissance works of art in the artistic, cultural and political context of the volatile last century of the Sienese Republic.

Among the highlights of the exhibition was Matteo di Giovanni’s great 'Assumption' altarpiece, made for the Sienese-ruled town of Asciano. Matteo, who was born in the hilltown of Sansepolcro in around 1428, became one of the most successful artists working in Siena, where he died in 1495. The central panel of this ensemble, the 'Assumption of the Virgin' (NG 1155, Fig. 1), has been part of the National Gallery’s collection since 1884. In the exhibition, the 'Assumption' was reunited for the first time with what were then thought to be all the other surviving parts of this multi-picture altarpiece.1 As was normal at this date in Siena, this large impressive altarpiece consisted of a number of individual painted panels which were joined together using dowels and battens, and placed within a carved and gilded frame (now lost). 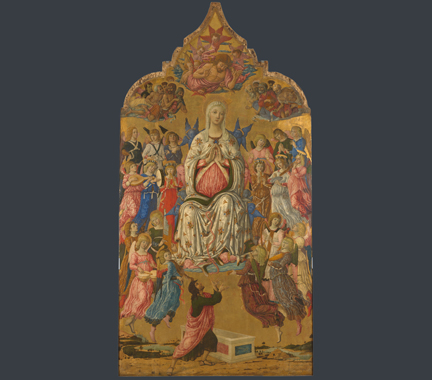 The following pages present a new reconstruction of this great polyptych (Fig. 2), incorporating further paintings which were not in the 2007 reconstruction. It is based on the work of Rachel Billinge and Luke Syson at the National Gallery, and on that of Dóra Sallay, of the Szépművészeti Múzeum, Budapest. Fundamental to this reconstruction is an understanding of the construction of the various known parts of the altarpiece, particularly the dowels which were used to align the wooden panels on which the paintings were executed, and the horizontal battens which ran across the back of the structure, in order to hold it together. 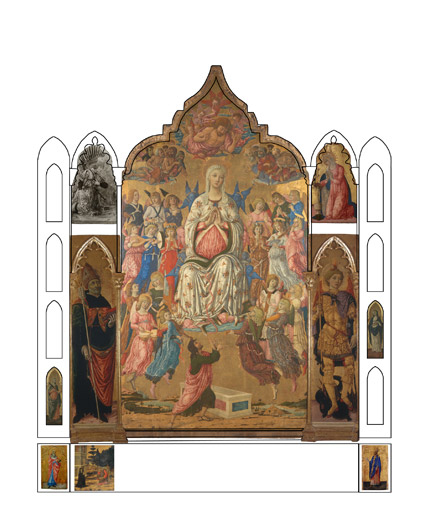 fig.2 Proposed reconstruction of the Asciano Altarpiece by Rachel Billinge
The altarpiece would have been surrounded by a frame. The suggested framing elements you see here are based on the physical evidence of the surviving component parts of the altarpiece. Certain aspects remain hypothetical, including the scale of the pilasters, the appearance of the predella, and the framing elements which would have been placed on top of the ‘Assumption’, the ‘Archangel Gabriel’ and the ‘Annunciation’.

Matteo di Giovanni’s 'Assumption of the Virgin' (Fig. 1) is one of the great visionary works of fifteenth-century Italy, spectacular in every sense of the word. It is thus all the more remarkable to record that by the end of the eighteenth century it was being kept in the dingy surroundings of a wood store belonging to the Augustinian monastery of Sant'Agostino at Asciano, a small town approximately thirteen miles south-east of Siena. Here Ettore Romagnoli (1772–1838), the great early nineteenth-century historian of Sienese art, rediscovered the fragments of this altarpiece, which he described later as ‘one of the best panel paintings executed by Matteo’, continuing:

It was once located in the church of Sant'Agostino, and afterwards in the woodstore of the Augustinian fathers, where in 1800 I saw it and rescued what remained of it from complete destruction. Now there remains from the main compartments that the altarpiece contained the very beautiful 'Assumption of the Virgin', escorted by angels that look indeed as if they come from Paradise; the painting was not long ago in the possession of the Gonfaloniere of Asciano (Don Francesco Bampagini), and is now in the choir of Sant'Agostino.2 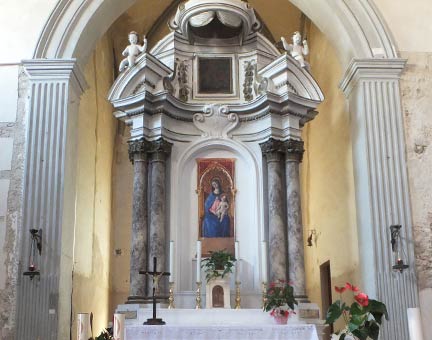 Thus, at least briefly, the central panel of the altarpiece, now in the National Gallery, was displayed close to what was almost certainly its original location, on the church’s high altar (Fig. 3). Yet, before long, the 'Assumption' was purchased by the Griccioli family of Siena and placed on the high altar of the restored church of Sant'Eugenio a Monistero, just outside the city walls of Siena.