While out hunting, Actaeon accidentally stumbles upon the secret bathing place of Diana, chaste goddess of the hunt, and sees her naked. His fate is foretold by the stag’s skull on the plinth and the skins of Diana’s former prey hanging above her head. The conclusion of the story is shown in another painting by Titian in the National Gallery, The Death of Actaeon. The outraged goddess transforms Actaeon into a stag to be torn apart by his own hounds.

The paintings were part of a famous series of mythological pictures made for King Philip II of Spain when Titian was at the height of his powers. Works of unprecedented beauty and inventiveness, their subjects were based on the Roman poet Ovid’s Metamorphoses – Titian himself referred to them as ‘poesie’ (poems). Diana and Actaeon was designed to be hung together with Diana and Callisto (co-owned by the National Gallery and the National Galleries of Scotland) – a stream runs between them.

The story of Actaeon is recounted in Ovid’s Metamorphoses (Book III, 138–255). Ovid tells how the noble young hunter, separated from his friends after a day’s stag hunting, accidentally stumbles upon Diana, chaste goddess of the hunt, bathing in waters shaded by a ruinous structure.

Titian shows Actaeon bursting onto the scene and causing consternation among Diana’s virgin nymphs, several of whom hastily seek to cover their voluptuous nudity. Not all appear entirely dismayed at the intrusion, but Diana is clearly furious. Titian explored the dramatic impact of the moment through a dynamic arrangement of figures, sparkling light, intense colour and animated brushwork. As her handmaiden helps cover her with a shift, Diana casts Actaeon a terrifying sidelong glance that foretells her cruel act of revenge. Actaeon raises his hands in surprise, as though already half aware of the deadly price he must pay for invading the goddess’s privacy.

The scene is rich in portents anticipating Actaeon’s death: the crumbling architecture is draped with the skins and skull of Diana’s former prey, while in the background is a tiny vignette of the huntress chasing a stag, a foretaste of Actaeon’s destiny as depicted in The Death of Actaeon. In that work, Titian movingly depicted the final part of the story in which Actaeon, transformed into a stag by Diana, is torn to death by his own hounds. In Diana and Actaeon, Titian lightens the story’s tragic plot with amusing details: Diana’s lapdog yaps at Actaeon’s athletic hound from the safety of the far bank. The bathing platform appears to lurch under the nymphs‘ weight, and water gushes from a lion mask half concealed beneath one nymph’s bottom.

Diana and Actaeon is one of six large mythological paintings that Titian produced between 1549 and 1562 for Prince Philip, King of Spain from 1556, all of which have subjects drawn from the Metamorphoses. Titian coined the term ’poesie‘ (poems) for his compositions because he regarded them as the visual equivalents of poetry. This comparison recalls the paragone, a debate among artists and theorists in Renaissance Italy about the rival claims made for the arts. The Roman author Plutarch’s observation that ’Painting is silent poetry, and poetry is painting that speaks‘ was frequently cited in favour of painting.

Twenty years earlier, Titian had created a series of mythological paintings with Bellini and Dosso Dossi for Alfonso I d’Este, Duke of Ferrara, which included Bacchus and Ariadne. This series in Ferrara, particularly Bacchus and Ariadne, had an important influence on European art – the loves of the gods became the most popular subject for gallery pictures. Although an advisor in the court of Alfonso d‘Este probably chose the subjects for the Duke’s paintings, it seems clear that Titian himself chose those of the poesie he sent to Philip.

The first two paintings in the series for Philip, Danäe (1549–50) and Venus and Adonis (about 1552–4), both now in the Prado, Madrid, were variations of pictures Titian had painted before. In 1556, Titian sent him the next painting, Perseus and Andromeda (Wallace Collection, London), to be joined later by the Rape of Europa (1559–62), now in the Isabella Stewart Gardner Museum, Boston. Three years after Perseus and Andromeda, Titian sent Diana and Actaeon and Diana and Callisto – we know they were designed to hang together as a stream flows from one painting to the other. However, the light as depicted falls from opposite sides – from the left in Diana and Actaeon and the right in Diana and Callisto. This indicates that Titian had a placement between two windows in mind, even if only in the abstract – Philip was moving around at the time, and it’s highly unlikely that he had a specific destination for the pictures. In any case, the two paintings have remained together throughout their history.

In a letter of 19 June 1559 the artist informed Philip that the two poesie were finished and that he would await instructions regarding their shipping. Titian wrote again on 22 September to confirm that he was about to send the paintings. In this letter he stated that he had worked on them for more than three years, emphasising the exceptional efforts he had expended on the two pictures. He explained that the long time it had taken to paint them was due to ’the ardent desire that I have to do things that are worthy of Your Majesty, from which it follows that I am never satisfied with my efforts, but seek always with all my industry to polish and to enhance them‘. Another letter to the King from the Spanish Ambassador in Venice reveals that the artist had in fact continued to work on the paintings over the course of the summer: ’Titian will bring to perfection the two paintings of Diana and Callisto [sic] within twenty days because, since they are large and involve a lot of work, he wants to resolve a few little things that others wouldn‘t notice.’

Titian’s many revisions to Diana and Actaeon, where he changed his mind during painting, are visible beneath a complex tapestry of energetic brushwork. Forms are defined by transitions from one colour to another, broken by reflections and mingling in the shadows, rather than by linear contour. Tonal differences are translated directly into colour rather than initially worked out in black and white. The texture of paint, the track of Titian’s gesture with brush and finger, enliven the surface of the picture and enhance its emotional charge. The paint surface remains relatively intact and Titian’s jewel-like colours and loose, confident brushstrokes are remarkably well preserved.

Diana and Actaeon and Diana and Callisto were probably first sent to Toledo, where the King was in residence, and then to the Royal Palace – the Alcázar – in Madrid when the court moved there in May 1561. In 1623, they almost came to Britain when they were packed up as diplomatic gifts for Prince Charles of England and Scotland (soon to become King Charles I), who was in Madrid attempting to woo the Spanish Infanta. But marriage negotiations foundered and the pictures remained in Madrid. By 1626 the mythologies were in the King’s summer palace; every time the queen passed by, the nude figure paintings had to be covered up in advance. 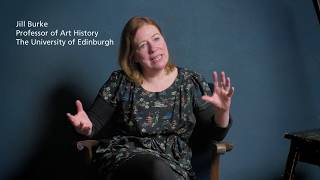 Beautiful but deadly; hear more about Titian's retelling of Ovid's poignant stories of Diana in paint.