Young men left for Paris to learn from the polite customs flourishing there. However, not everyone was convinced of the benefits for men’s morals. Alexander Pope epitomised his idea of a Grand Tourist in verse:

‘Led by hand he saunter’d Europe round,
And gather’d every vice on Christian ground’

They left England under the supervision of a tutor, called a ‘Bear Leader’. However, by the time they reached Italy many were on a freer rein. Gaming was a popular pursuit. Samuel Sharp complained that many young Englishmen were losing all of their money on cards. 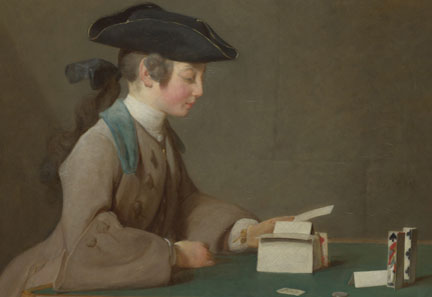 Sexual mores were also widely flouted. Young men, whether truthfully or not, bragged about their misbehaviour. James Boswell looked back on his tour, with some pride:

‘[I] sallied forth of an evening like an imperious lion. I remembered the rakish behaviour of Horace and other amorous Roman poets, and I thought that one might well allow one’s self a little indulgence’

Detail from Fragonard, Psyche showing her Sisters her gifts from Cupid, 1753

It was not just immoral pursuits that led men to Europe though. Many learned about art in a way that changed our national collections forever.

Next: Refining tastes - an education in the arts