Van Gogh is almost as famous for cutting off his own ear as he is for his paintings. Throughout his life he had attacks of depression, periods of normality, and bouts of intense elation: all symptoms that are now recognised as characteristic of bipolar disorder. 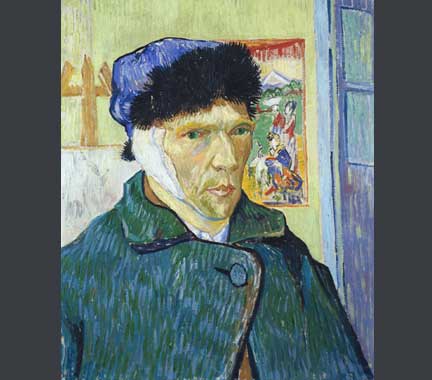 On 23 December 1888, Vincent rushed at Gauguin with an open razor but then stopped and turned away. That night, he cut off his ear and went with it to the local brothel where he tried to give it to one of the prostitutes. Luckily for him she reported the incident to the police who went to Van Gogh's house and prevented him bleeding to death.

In February 1889, the people of Arles petitioned the authorities to have him put into an asylum on the grounds that he was a public menace. Van Gogh was locked up without books or painting materials and was not even allowed his pipe. 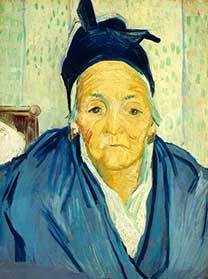 In May, Van Gogh voluntarily entered the mental asylum at Saint-Rémy where he spent the next year. Here, he was allowed to paint, and found that it helped to control the paranoid hallucinations that he suffered.

Most of the paintings for which Van Gogh is famous were painted during the three years when his depression was at its most acute. Then in 1890, at the age of 37 and having sold just one painting, Van Gogh shot himself.

Next: Experiments with colour