Diana and Actaeon is a supreme example of a royal commission painted by Titian, the most sought-after artist of his day. Titian unleashed all of his painterly abilities and narrative skill into creating a visual poem fit for a king. 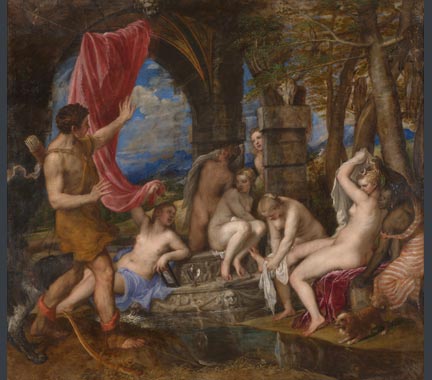 Since its acquisition, the painting belongs to the nation and will be on view alternately in London and Edinburgh. It had previously been on loan to the National Galleries of Scotland in Edinburgh since 1945.

The first owner of this painting was King Philip II of Spain. Titian worked for Philip II when he was at the height of his artistic powers. Find out more about the series of paintings Titian created for Philip, and the story behind 'Diana and Actaeon'.

Next: Commission for Philip II