What made Leonardo's paintings so revolutionary was his use of light and shadow, rather than lines, to define three-dimensional objects. 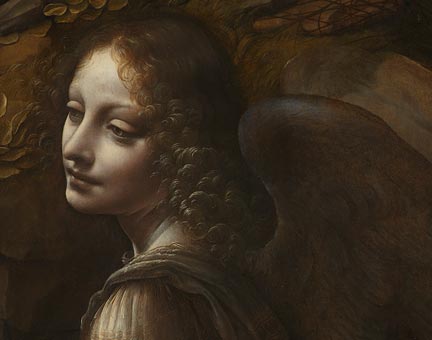 He once wrote that light and shade should blend 'without lines or borders in the manner of smoke', giving rise to the term sfumato, meaning 'seen as if through smoke'. The soft shadows around corners of the eyes and mouths make Leonardo's faces seem more alive because they leave a little to our imagination.

Leonardo's technique for preparing a painting was to start with a detailed drawing, such as his famous cartoon. The next part of the process would be to transfer the drawing to canvas and to start by painting in the shadows. The highlighted parts of the picture would be added last. 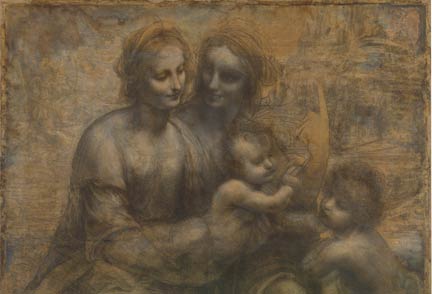 Detail from Leonardo, The Burlington House Cartoon, about 1499-1500

The delicacy of the play between light and shadow in his pictures makes the light seem to dance across the surface of the painting. It is an effect that is most striking in front of the actual work.

Next: The hidden drawing