Leonardo did not imagine that this was what the Holy Land looked like. His dark landscape with its strange rock formations was not intended to resemble a particular place, but to remind us of a set of ideas about Mary and Jesus. The whole landscape resonates with references to biblical and literary metaphors. 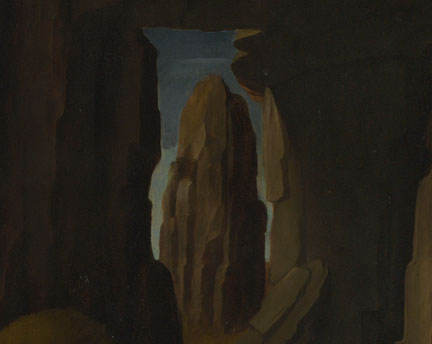 Rocks and caves were particularly associated with Mary and Joseph because they suggested sanctuary, and because of certain metaphors used to describe the Holy Family. The Virgin Mary was considered to be 'a rock cleft not by human hand'. Christ, as the Son of God, was the 'mountain hewn out of the mountain not by human hand.' 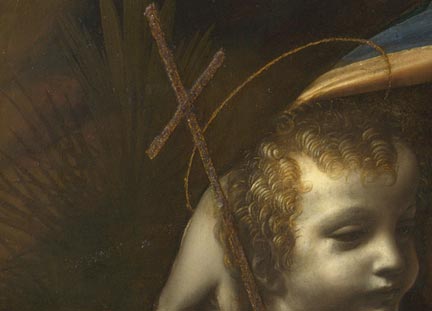 Renaissance men and women were accustomed to recognising these metaphors. Part of Leonardo's genius was his skill in creating something that was true to nature, which also brought to mind the stock metaphors of his day.