In 1874, an exhibition was mounted by a group of artists whose work had been rejected by the Paris Salon. (The Salon had been considered the only serious place to show pictures at the time.) 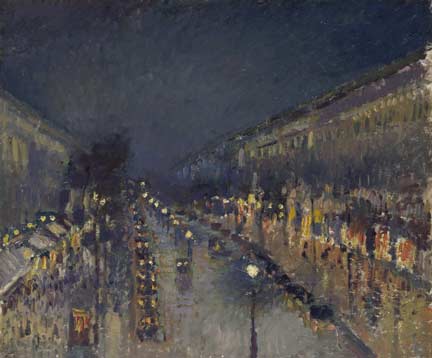 Pissarro, The Boulevard Montmartre at Night, 1897

Among the artists who showed their work were several of painters who became known as the 'Impressionists' -though not all the paintings would be recognised as Impressionist today. What held the group together was not so much a single approach to painting, but the close friendships and rivalries that encouraged the sharing and development of ideas. 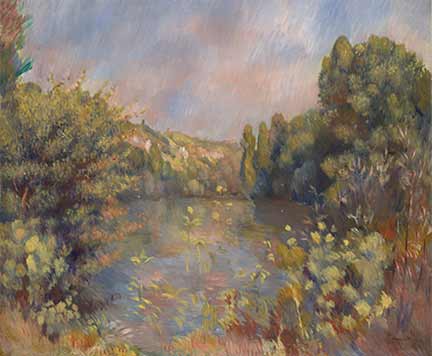 Over the next 12 years, a further seven exhibitions were held, with artists including Monet, Cezanne, Renoir, Degas and Morisot taking part. A reviewer of the first exhibition described the painters as 'lunatics'. Strange to think how strongly that reputation has changed, and how admired these paintings are today.