How your support helps

We're enormously grateful for the contributions we've received towards projects across so many of our departments.

These projects would not have been successful without such positive responses to our fundraising efforts.

The painting had been an acquisition priority for us since 1995 when we first attempted to buy it. Not only is it a wonderful example of Orazio’s rich colouring, skill at painting shiny, sumptuous fabrics, and sense of courtly elegance, The Finding of Moses has an important place in British history. It is the first painting from the time when Orazio travelled to England to be a painter at the court of Charles I in London. Painted during his 12-year residence, the huge canvas was commissioned for the Queen’s House at Greenwich.

‘The Finding of Moses’ was on loan to us since 2002 and has been at the heart of our Italian Baroque display, making connections with other artists in our collection including Caravaggio, Reni, Rubens, and Van Dyck. Most recently, this has also included the artist Artemisia Gentileschi, Orazio’s daughter.

Artemisia is the most celebrated female painter of the 17th century; a time when very few women became artists. Displaying paintings by father and daughter in the same room shows how much Artemisia learnt from Orazio while also developing her own style and technique.

This painting, the first by Orazio in our collection, will stay on public display in Trafalgar Square for everyone to enjoy now and in the future, thanks to generous support from the public.

We would like to say a big thank you to everyone who donated to help raise the last £2 million needed to buy a painting of outstanding importance for the national heritage.

Hear more from our curator 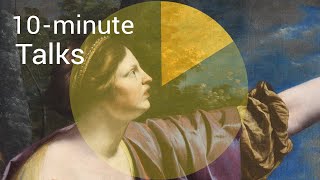 Thanks to over 300 donors and support from the Leche Trust, the restoration of Rubens’ The Birth of Venus was fully funded.

Thank you to all who helped make this possible, we are deeply grateful to you for your support.

This appeal was our first-ever online fundraising appeal and proved to be a great success.

An Allegory of Prudence, which was painted about 1550-65, features three heads which allude to the three ages of man: youth, maturity, and old age.

The painting is one of the most unusual in all Titian’s oeuvre and has sometimes been thought to have a personal, even autobiographical, significance for the artist. It may originally have served as the cover for another painting. The triple-headed beast – wolf, lion, and dog – is a symbol of prudence. The Latin inscription, ‘[Learning] from yesterday, today acts prudently, lest by his action he spoil tomorrow’ explains the meaning of this visual riddle.

The masterpiece itself is in excellent condition, however the 17th-century French frame was heavily altered – crowding the work and flattening the composition.

Our Head of Framing, Peter Shade managed to source a fine, uncut, 16th-century frame from Venice, however, we needed to find £27,000 to purchase it.

Thanks to the generosity of our supporters we were able to buy the frame - and bring Titian's intriguing composition to life.