This is the most recent and, to date, the last of Auerbach’s ‘portraits’ of National Gallery paintings. The process was the same as for the picture made from Titian’s ‘Bacchus and Ariadne’, with new drawings made in front of the original before each session of work. The paint handling here is a lot looser, more explosive and instinctive, although all of the characters and objects in the Rubens are there, right down to the little sculpture of Venus and Cupid in the niche behind.

Auerbach describes Rubens’s painting as follows: ‘This is one of the warmest and sexiest pictures that I know and I have loved it ever since it came here, so I thought I’d try and use it to make a painting from. It’s so poignant, it’s a perfect painting of the psychological undertones of love and death and violence and mutilation and every possible thing to make it such a powerfully charged painting. I just felt attracted to this rather than any other.

If one looks at the hands, there’s something terribly poignant about the peasant hands of Samson and Delilah, and the sophisticated, tricky, sly, Iago hands of the old woman and the barber who is cutting the hair and I think everybody must have noticed the sort of musical poignancy of the yellow, the red, and the purple drapery, that great purple knot at the top, like a tear, which underscores the fleshy drama with a sort of orchestral accompaniment of poignancy and waste. I mean, it’s quite obvious that she’s betrayed him, that he’s ruined and that she loves him.' 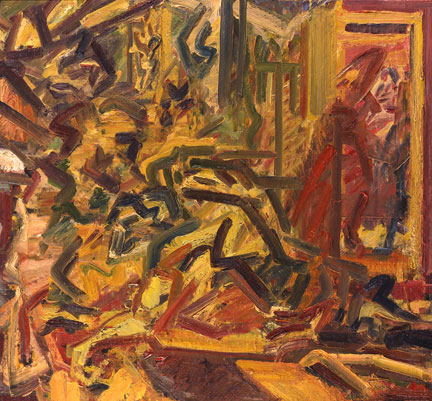 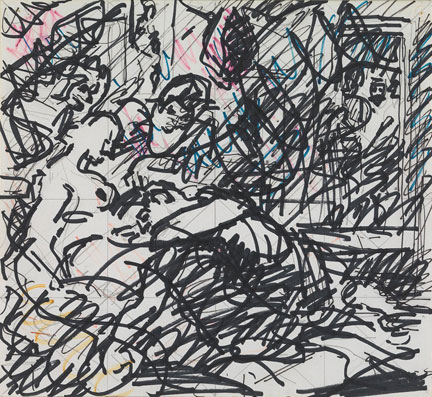 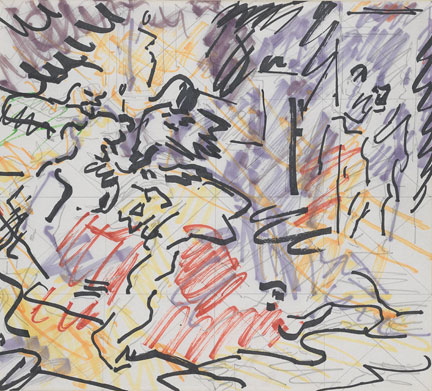