Camuccini was the son of the Neo-classical portraitist and history painter Vincenzo Camuccini (1771-1844), a central figure of the Roman art world of the early 19th century. On his father's death, Camuccini inherited responsibility for his studio, and his oil sketches may have been influenced by the young Giovanni Costa who had recently entered as a student.

Many of Camuccini's works in oil on paper were found decaying in a bundle in the family villa at Cantalupo in Sabina several years ago. 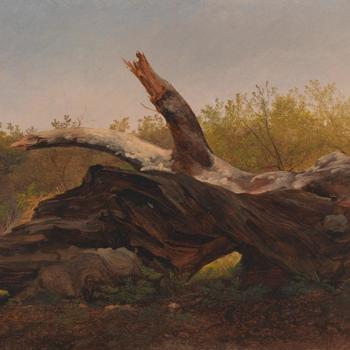