Giovanni Costa was taught by one of the leading Neo-classical painters in Rome, Vincenzo Camuccini. He joined Garibaldi's Legione Romane in 1848, but after the fall of the Roman Republic in 1849 was forced to take refuge from the papal police in the Roman Campagna. During the next ten years, while living and working in this region, Costa met several foreign artists, including Frederic, Baron Leighton of Stretton and George Heming Mason.

In 1870 he was elected Professor of Painting at the Accademia di Belle Arti in Florence. Costa was one of the leading figures in the Etruscan School, a group of Italian and English painters who sought to paint pure and distinct representations of nature. 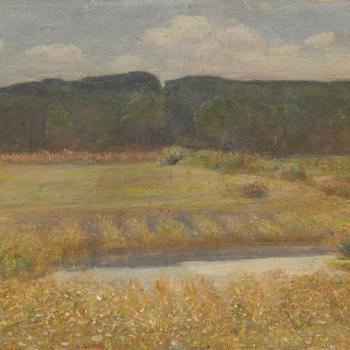