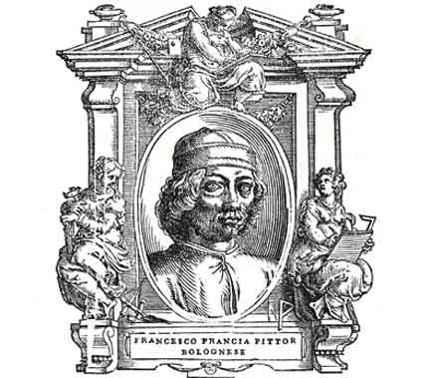 Francesco Raibolini, known as Francia, was from Bologna. He was an important artist in his day but fame was overshadowed by the next generation of High Renaissance painters. His soft and graceful mature style was mainly based on that of Perugino, and was popular and much imitated around Bologna.

Francia, first trained by a goldsmith in Bologna, was recorded in the Bologna goldsmiths' guild in 1482. He is first recorded as a painter in 1486. His style was first formed on that of Lorenzo Costa. Vasari, writing in 1568, said that the earlier artists of 15th century Italy had lacked:

''a soft blending of colour, first observable in Francia of Bologna and Pietro Perugino. The people, when they beheld the new and living beauty, ran madly to see it, thinking it would never be possible to improve upon it.''