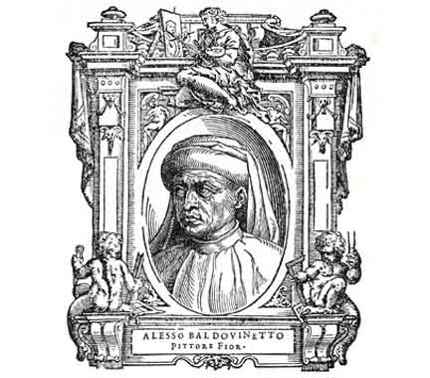 Baldovinetti came from a wealthy Florentine family. As well as painting on panel and in fresco, he worked in stained glass and mosaic.

Baldovinetti joined the painters' guild, the Compagnia di San Luca of Florence, in 1448 or 1449. His work was also influenced by Fra Angelico and Andrea del Castagno.

His fresco of the Nativity in the cloister of the church of Santissima Annunziata in Florence is the best known of his four surviving paintings.

Portrait of a Lady
Alesso Baldovinetti
Golden hair, rosy lips and pale skin were the ideal of feminine beauty in fifteenth-century Florence. All feature in this lady’s portrait, which was probably made to celebrate her marriage.Around her long neck she wears a strand of orange beads with a pendant set with a large pearl. A cluster of...
Room 53