Lucas Cranach the Elder, Portrait of a Woman

The painting has generally been accepted as the work of Cranach himself.25 The quality of this small work is extremely high: the details are executed with great delicacy and precision, and with a deft brushwork characteristic of Cranach’s technique. The depiction of the red velvet, using bright, opaque orange-red paint and translucent dark red applied wet-in-wet over black, corresponds to what Heydenreich has described as Cranach’s ‘inspired approach to the painting of velvet’, celebrated by Johann Neudorffer in 1555.26 The painting is close in style to a number of other half-length depictions by Cranach of women wearing comparable dress and with similar but variant poses, which have usually been dated to the mid-1520s, as well as to Three Female Heads in Truro, a pattern used in subject compositions of this period (fig. 5).27 The subject in a small full-length painting of a woman holding a flower in Warsaw dated 1526 wears comparable dress, though her hairstyle and hat differ.28 The Saint Helena in Cincinnati is dated 1525, and the saint again wears very similar dress and headdress (fig. 2).29 The small roundel of a woman at Stuttgart (fig. 3) is, as already discussed, very close in style and composition to this work and is dated 1527 (apparently changed from 1525).30 Another small full-length of a woman holding an apple in Prague dated 1527 is also similar in style, dress and facial type.31 The National Gallery painting is therefore likely to date from the period 1525–7. 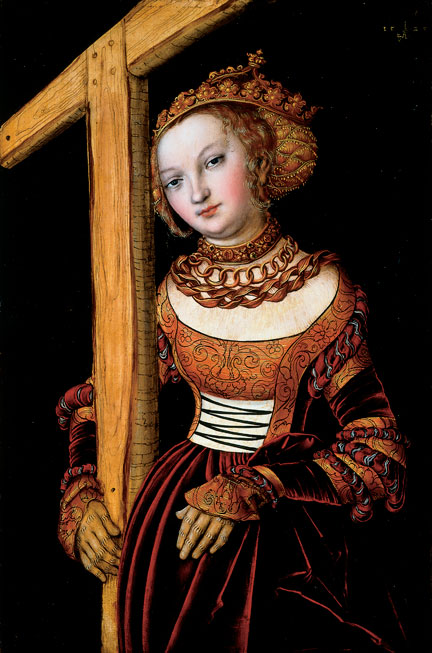 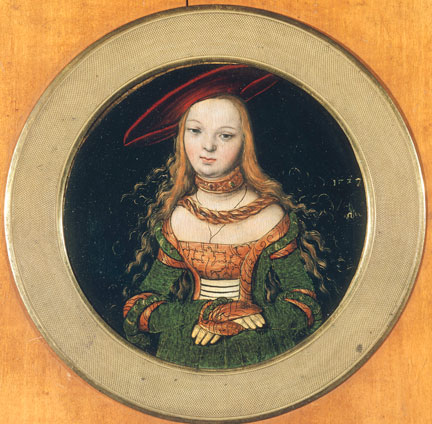 fig. 3 Lucas Cranach the Elder, ‘A Small Roundel of a Woman’, 1525–7, Staatsgalerie Stuttgart on loan from the Eberhard-Karls-Universität, Tübingen, L 796 © akg-images