This is a bonus track from the National Gallery podcast, accompanying episode 21. 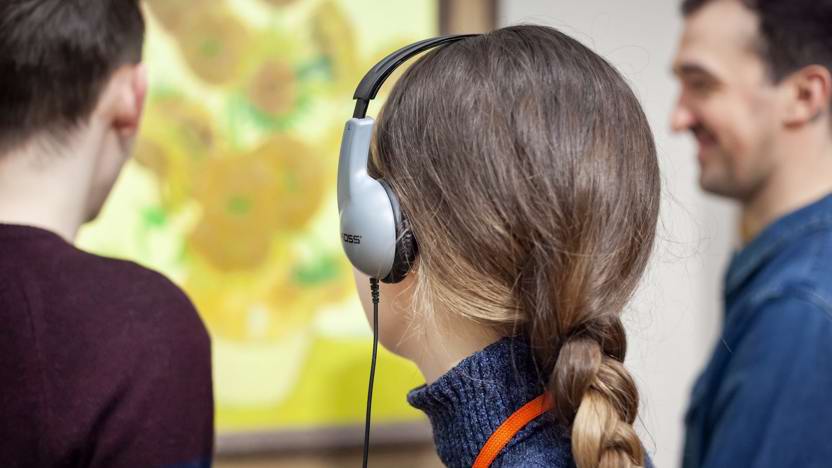 Miranda Hinkley (in the studio): This is a bonus track from the National Gallery podcast. You’re about to hear an extract from the ‘Radical Light’ audio guide. If you’d like to take the full tour, it’s available from audio desks throughout the Gallery.

Narrator: The Divisionists, as you may remember hearing, not only took a radical attitude to the depiction of light in their pictures. As the pictures in this gallery show, they took a radical view on social issues too. This work entitled ‘Reflections of a Hungry Man’, or ‘Social Contrasts’, is by Emilio Longoni. In 1894, when he made this telling image of the haves and have-nots in modern Italy, Longoni was heavily involved in militant politics. Committed to creating art that would highlight the plight of the underclass in Milan, Longoni actually used a petty thief, known as the spider, as his model for his young man and he ensured this image got the maximum circulation by publishing it as a cartoon in the socialist party newspaper, the ‘Lotta di Classe’.

Chris Riopelle: Looking at a picture like this, it’s not surprising that it also served as a political cartoon. Its meaning is immediately obvious – a contrast between this poor hungry young lad, and the posh people he’s seeing through the window of a sumptuous restaurant, enjoying their meal.
Narrator: In fact, the cartoon proved so successful that the authorities impounded copies of the newspaper on a charge that it incited class hatred.