Saints are honoured throughout the Christian tradition, so it has been important for images of them to be easily recognisable. Find out how to recognise them:

Artists have developed standard ways of representing saints, allowing their images to be ‘read’ to reveal their identities.

Artists often show saints with particular symbols, known as attributes. Many attributes are reminders of how a saint was martyred, while others recall important actions or events from their life.

Some saints' attributes are animals. For example, Saint Jerome is often signified by a lion. 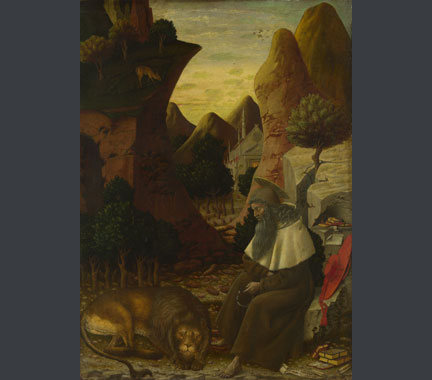 Bono de Ferrara's Saint Jerome in a Landscape shows the origin of this attribute, recalling the legend that Saint Jerome removed a thorn from a lion's paw while living in the desert.

Many other saints are depicted by animals, both mythical and real. Who would you expect if you saw a dragon in a painting?

Find about other saints identified by animals 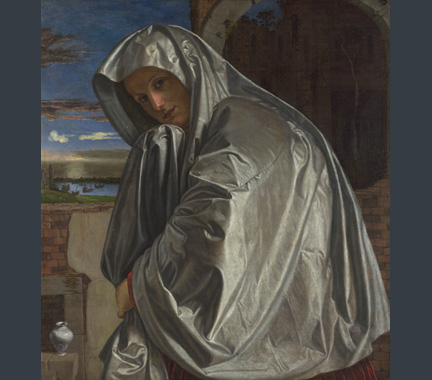 Other saints are represented by particular parts of the body or objects. A pot is often used to signify Saint Mary Magdalene.

Her attribute recalls the pot of ointment she used to anoint the feet of Christ.

There are many other unusual objects used as attributes to symbolise saints.  Which saint for instance is often represented by a wheel?

Find out about more symbols used to represent saints