Our current Artist in Residence

Born in Beirut in 1976 and currently lives and works in Paris and Beirut.

Cherri's work is inspired by artefacts and the natural world. His sculptures, drawings and installations explore the temporal shifts between ancient worlds and contemporary societies. Using archaeological artefacts as a starting point, he investigates the boundaries of ideologies that underpin the foundations of nations and the myth of national progression. His work explores the links between archaeology, historical narrative and heritage, considering the processes of excavation and relocation of cultural objects into museums.

The 2021 Artist in Residence is a collaboration with the Contemporary Art Society, generously supported by Anna Yang and Joseph Schull, and partners with the Herbert Art Gallery and Museum, Coventry for this year’s programme to receive an acquisition of an artwork made during the residency. Selected by a jury, Cherri was invited to respond to the National Gallery and the Herbert Art Gallery & Museum to display new work in their spaces. 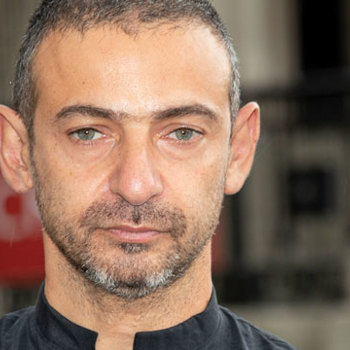