Ana Maria Pacheco is a painter, sculptor and printmaker who was born in Brazil in 1943 and has lived in England since 1973.

Her work deals with issues of control and the exercise of power, drawing upon the tensions between the old world of Europe and the new world of her Brazilian birth.

Her work was displayed in the exhibition Ana Maria Pacheco: New Painting and Sculpture on Tour from the National Gallery 29 September 1999 - 9 January 2000. 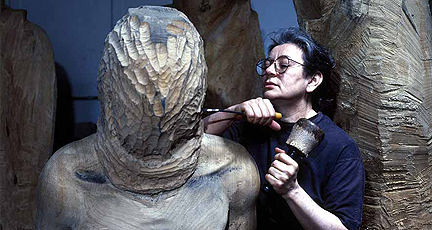 Ana Maria Pacheco at work in her studio 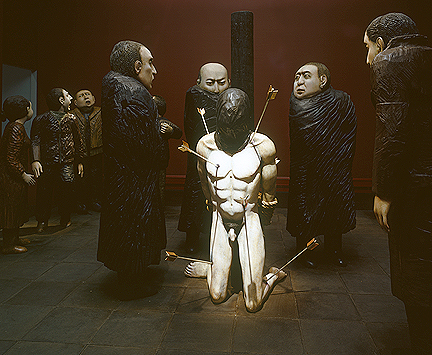