For the first time, Picasso’s ‘Woman with a Book’ (1932) from the Norton Simon Museum, California, will be brought together with the painting that inspired it, ‘Madame Moitessier’ by Jean-Auguste-Dominique Ingres.

Picasso first encountered the enigmatic ‘Madame Moitessier’ at an exhibition in Paris, in 1921, and was enthralled. Over the next decade, he repeatedly referenced Ingres in his art, and painted ‘Woman with a Book’, one of his most celebrated portraits, in homage to Ingres’s famous work.

For Ingres, a 19th-century French artist steeped in the academic tradition, the beautiful and wealthy Madame Moitessier represented the classical ideal. Wearing her finest clothes and jewellery, she gazes at the viewer majestically, the embodiment of luxury and style during the Second Empire.

Picasso, born 100 years after Ingres, is famous for a very different, abstract, style of art, but his inspiration is clear. The model for ‘Woman with a Book’, Picasso's then young mistress, Marie-Thérèse Walter, mimics Madame Moitessier’s distinct pose. The painting balances sensuality and restraint, striking a chord with the eroticism latent beneath Ingres’s image of bourgeois respectability.

‘Picasso Ingres: Face to Face’ is a unique opportunity to see these two portraits, side by side, for the first time, and to trace the continuous thread between 19th and 20th-century artistic development.

Exhibition organised in partnership with the Norton Simon Museum, California.

Subscribe to our emails to be the first to hear about exhibitions.

Supported by The Capricorn Foundation 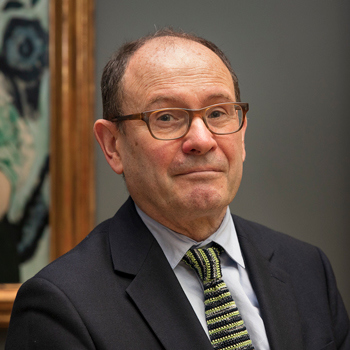 'Picasso Ingres is a beacon...
as rewarding and thought-provoking as a blockbuster'
Financial Times