The ‘Yellow and Orange' room reveals how artists sometimes turned to sister arts, such as ceramics and glass, in the hunt for strong colours. Technical knowledge was transferred between the workshops of ceramics and glass and artists who adopted these pigments in tempera and oil. Elaborate maiolica plates from the British Museum help to illustrate this as part of the room’s display alongside paintings including Pietro da Cortona’s ‘Saint Cecilia’, and Anthony van Dyck’s ‘Lady Elizabeth Thimbelby and her Sister’.

Throughout history artists have created several colours, such as green and orange, through mixing two colours together. For example, mixing blue and yellow to make green, or yellow and red to create orange. Pure orange pigment was not only hard to find but one mineral that yields it, realgar, contains the poisonous chemical arsenic. An example of realgar can be seen in the bright orange lilies depicted in Ruysch's 'Flowers in a Vase'. 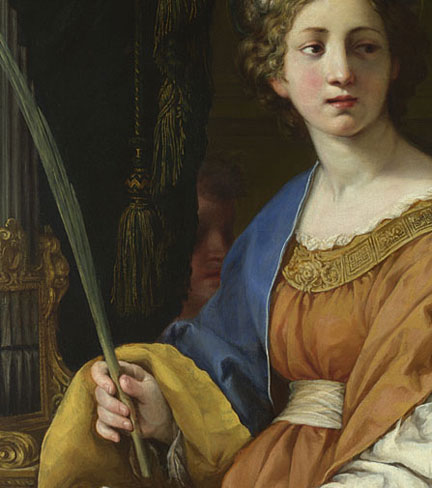 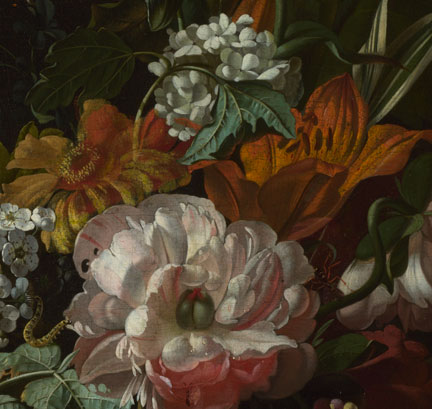 Detail from Rachel Ruysch, ‘Flowers in a Vase’, about 1685