From making sandwiches for hungry concert-goers to dealing with noisy church bells nearby, take a peek at life behind the scenes at the Myra Hess concerts. 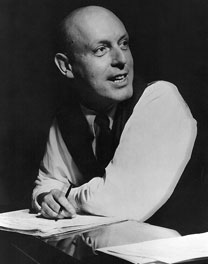 Howard Ferguson
Within weeks of the first concert, it became obvious that Myra Hess did not have time to plan the changing programme of daily events. She wired her friend Howard Ferguson a one-word message: ‘Help’.

A distinguished chamber musician and composer, Ferguson answered the call and from then on was largely responsible for the challenge of scheduling a varied programme. Despite the stresses of the venture, he and Hess remained firm friends. When the concerts finally ended, she commented: ‘Isn’t it extraordinary, Howardy? We’ve worked together for six and a half years without actually hitting one another!’

Beryl Davies
Myra Hess’s niece Beryl Davies was responsible for handling correspondence. So as to be constantly on hand, she moved into her aunt’s Hampstead home, where they often worked late into the night. According to one account, the pair would crawl beneath one of Hess’s grand pianos during heavy air raids and set up camp there to answer the correspondence of the day. 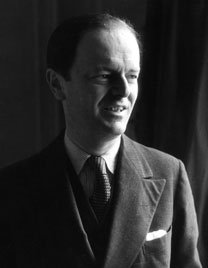 Sir Kenneth Clark
As Director of the National Gallery throughout the war, Sir Kenneth Clark was largely responsible for the concerts’ success. He recognised the value of Myra Hess’s idea and worked tirelessly to persuade the great and the good to support her. Without his openness, enthusiasm, and diplomacy, the concerts might never have taken place.

Ibbs & Tillett
Once the concert schedule had been decided, it was passed to Hess’s agents, Ibbs & Tillett, who booked the artists and made all the arrangements for printing and advertising. Two of Ibbs & Tillett’s staff became key members of the team: Edwin Worman, who managed the concerts until September 1944, and his young replacement, John Amis. Among his many duties, Amis turned pages for Myra Hess, and went on to become a successful music critic and broadcaster after the war.

The National Gallery staff
Countless members of the Gallery’s staff were involved in making the concerts a success, including W.P. Gibson, who served as Secretary-Treasurer to the team, and the Chief Warder, William Smith, who was responsible for ensuring the audience were shepherded safely in and out of their seats.

The unique challenges of the venue and the time made this a tricky job. Yet despite, or perhaps, because of these difficulties, Smith valued his association with the events. In later years, he wrote to Myra Hess to express his thanks, his words summing up the emotions of many of those involved: ‘What neither you nor your committee can know… is with what intense satisfaction I remember, and re-live, the complete harmony of the war-time years at Trafalgar Square: and with what a rich store of priceless memories these years of association with yourselves have endowed me.’