Although artists drew their compositions on a prepared panel or canvas, they sometimes changed their mind during the process of painting. Traces of previous work in the paint layers are often called pentimenti. The term derives from the Italian ‘pentirsi’, meaning to repent. 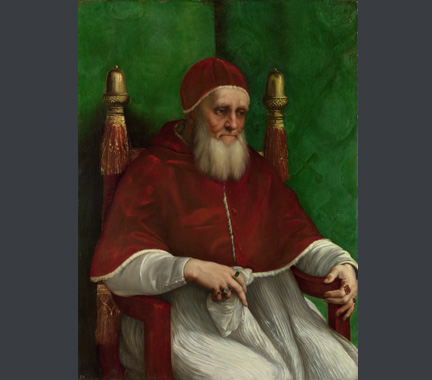 Due to the increasing transparency that certain paints acquire with age, some alterations become visible to the naked eye.

Other pentimenti can be revealed by x-radiography. The best-known use of x-radiographs is in medical imaging. It is also valuable in the examination of paintings. This is principally because lead white, the most important white pigment used before the 20th century, absorbs x-rays forming an image on film.

When Raphael’s portrait of Julius II entered the National Gallery in 1824 it was regarded to be the original. But it soon came to be judged as an early copy of another version, now in the Uffizi in Florence. This was due to the fact that the painting was obscured by discoloured varnish and repainting. 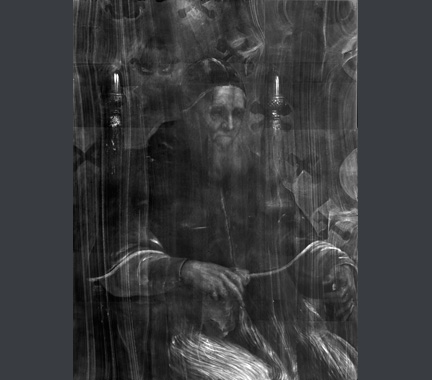 In 1969, an investigation of the National Gallery picture with x-rays revealed numerous changes, including a radical revision of the background. The painting was then cleaned, confirming that it was Raphael’s original version. This also revealed some of the pentimenti now partly visible to the naked eye. 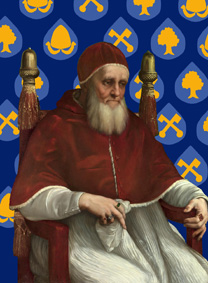 Before Raphael applied the final green colour, the background behind the pope consisted of a pattern of teardrop-shaped fields.

A number of paint samples from the background were investigated as cross-sections allowing a diagrammatic colour reconstruction of the first brightly coloured blue and yellow patterned background.