Gender*uck - Media art and beyond gender

It’s easy to forget the National Gallery’s paintings were made by radicals. Damned by heresy, humanism, immorality and fiendish capacities to fool the eye, many of the Old Masters inspired controversy, rage and social change. As society convulses again, art is suddenly relevant on the street. Our descendants will decide which artists to remember. But National Gallery X is joining the conversation - and finding its innermost spirit - by giving voice to the radical artists of today who will be the Old Masters of tomorrow.

The title of this talk, Gender*uck, presents gender not as fixed, but as fluid, open for interpretation, discovery, and self-interpretation. 99 years after Man Ray took a photo of his friend Marcel Duchamp as Rrose Sélavy, gender continues to remain as personal as it is political.

Media arts question boundaries and definitions of societal concepts, including notions and conceptions of gender. This event presented a new generation of artists investigating boundaries of gender concepts. These artists and researchers investigate gender fluid representation in diverse media: Where does technology empower, where does it limit our conceptions of self and other? How can we look beyond binary forms of representations in the context of the binary and digital in new media. In a tech-centric world of media abundance, what roles can artists play in questioning gender norms, gender representations and gender normativity? 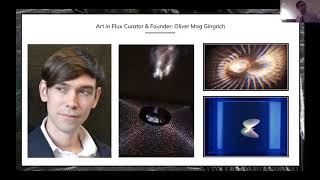 In this event, artists discuss limitations, possibilities and the future of technology for art; pointing to the potential of new media for self-expression beyond limiting, binary conceptions of gender.

Speakers including and demonstrations from:

What is National Gallery X?