Young Bomberg and the Old Masters

A fascination with Old Masters: Bomberg at the National Gallery.

Marking just over a century since David Bomberg’s (1890–1957) first solo show at the onset of war in 1914, in another first, this exhibition displays some of his earliest paintings alongside the works that inspired him.

From Botticelli to Michelangelo, the exhibition reveals how Bomberg’s rebellious, youthful works drew inspiration from the paintings he most admired in the Gallery.

Far from inhibiting him, these Old Master paintings helped him leap forward and contribute to the language of early 20th-century modernist art at its most audacious.

Exhibition organised by the National Gallery in partnership with Tate

For an onsite tour of the paintings that influenced Bomberg, download the free Smartify app from the Apple or Android store. 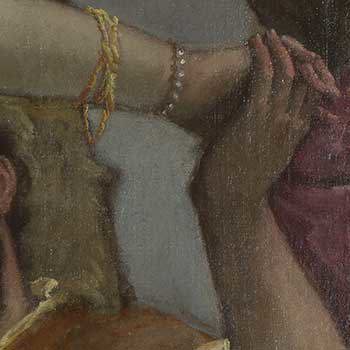 Inspired by the Old Masters