Share a knowing look with mischievous eavesdroppers and peer behind the doors of 17th-century Dutch households...

From illicit goings-on in servants’ quarters to portraits of high society, Nicolaes Maes captured life upstairs and downstairs in the Dutch Golden Age.

Starting his career as one of Rembrandt’s most talented pupils, this exhibition – the first in the UK devoted to Maes – charts the artist’s rise to fame.

Through nearly 50 paintings and drawings, it follows Maes’s move away from paintings of historical and biblical scenes, where Rembrandt’s influence is most clear, to the scenes of everyday life and portraits that made him one of the most sought-after artists of his time.

Maes was an astute businessman, and produced over 900 portraits, adapting his style to reflect the high fashion and decoration of the second half of the 17th century. But it is his ‘genre’ scenes – which often feature the central character eavesdropping and breaking the fourth wall to interact directly with the viewer – which best reveal Maes’s inventive and distinct style.

Exhibition organised by the National Gallery, London and the Mauritshuis, The Hague 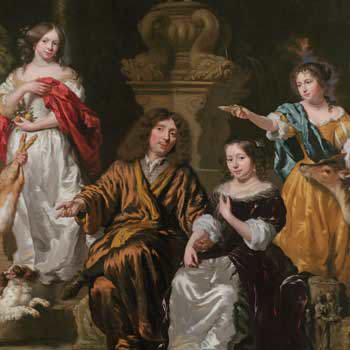 Who was Nicolaes Maes?

His name may not be as familiar as his teacher's, Rembrandt, but Nicolaes Maes was one of the most versatile artists of his generation
Article
Who was Nicolaes Maes?: Read more
X
/
Y