Post was born and trained in Haarlem. In 1636 he travelled to Brazil in the entourage of Prince Johan Maurits of Nassau, who was Governor of the country (then a Dutch colony). Post belonged to a group of scientists and artists who were meant to record various aspects of Brazilian life, landscape, fauna and flora. He returned to Haarlem in 1644, where he had a successful career painting imaginary Brazilian landscapes. Apparently he gave up painting after 1669 as no dated works of the 1670s are known. 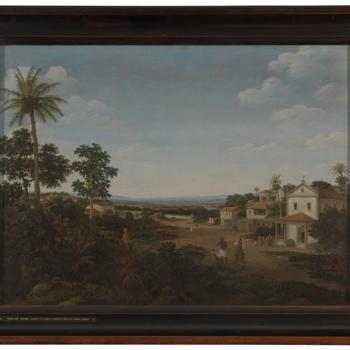