Eloise Donnelly and Helen Hillyard were selected to join the 2013-14 National Gallery Curatorial Traineeship Programme which is supported by the Art Fund with the assistance of the Vivmar Foundation. They both spent time at the National Gallery before joining projects at Birmingham Museums Trust and York Art Gallery in spring 2014.

Launched in 2011, the traineeships were the second phase of the initiative, which was established jointly by the National Gallery and the Art Fund to nurture the next generation of curators.

Whilst at the National Gallery, Eloise and Helen worked on the exhibition Strange Beauty: Masters of the German Renaissance (19 February – 11 May 2014) and undertook general curatorial activities such as picture rehangs and giving public talks. 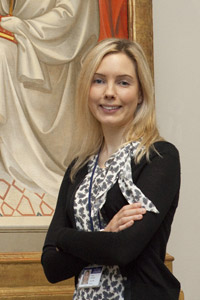 Eloise holds a BA in Modern History and a Master's in History of Art from the University of Oxford. Prior to joining the National Gallery she worked at the Natural History Museum and spent two years working for a private art collection in the Middle East.

The focus of Eloise's traineeship at York was research into a selection of the Gallery’s Old Master paintings, a collection of 136 continental Old Masters that stretches from the 14th to the 18th centuries, which was the generous gift of F.D. Lycett Green through the Art Fund in 1995.

The research lead to the reinterpretation of the collection through the use of new technology and the involvement of contemporary artists. It culminated in a major new display aimed at communicating new discoveries about York’s Old Master paintings to a wider audience. 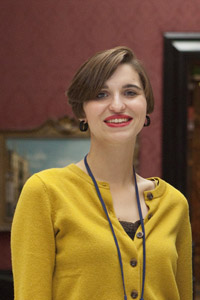 Helen previously studied History of Art at the University of Cambridge, and undertook the MA Curating the Art Museum at the Courtauld Institute of Art. She has worked for the Garage Center for Contemporary Culture, Moscow and held internships at the National Maritime Museum and Manchester Art Gallery.

At Birmingham, Helen worked on a project that involved transforming the visitor experience of two galleries of 17th-century European art through their refurbishment and redisplay. The galleries contain an outstanding collection of Italian Baroque painting including the only autograph work by Orazio Gentileschi in a public collection in the UK.

Helen also researched the collection of Dutch, Flemish and Italian paintings and sculptures and oversaw the development of new displays and interpretation and educational resources aimed at children and young people.