See below for a list of paintings in this location 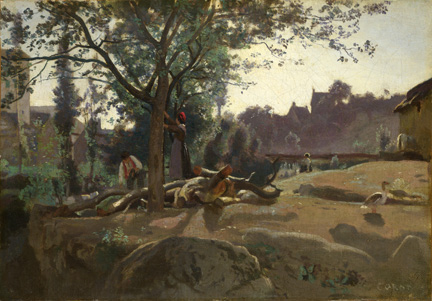 fig.1 Jean-Baptiste-Camille Corot, 'Peasants under the Trees at Dawn', about 1840-5

It is probable that Corot stretched the canvas himself, although the original stretcher has been replaced.  On the back of the present one the following is written in pen: ‘Appart(i)ent à Mme. Sanchez Toledo/SANCHE TOLEDO y ABREU’. It is then crossed out and the following is substituted: ‘M TONY MAYER – PARIS’.1 The letters ‘J.D.’ are written in red crayon.

The painting has a white ground containing lead white, calcium (calcium carbonate, from the addition of chalk as an extender) and a trace of aluminium. In a sample of the left-hand foreground there is a thin pink-red underlayer between the ground and paint layer. 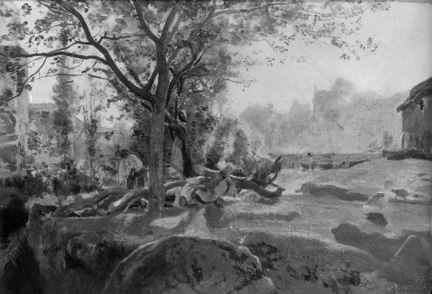 fig. 2 Infrared photograph of, Jean-Baptiste-Camille Corot, 'Peasants under the Trees at Dawn', about 1840-5

There is evidence from cross-sections of paint that areas, particularly the foreground, trees and buildings, were reworked by the artist on a number of occasions.3 The whole is thickly and solidly painted, with a smooth application of paint which shows no trace of brushstrokes. As usual Corot has painted the sky last. It has been brought around the roofs of the houses at the right, but visible between the sky and the edges of the roofs are the reserves of brown ébauche (initial sketch) underneath.

The uneven edges of the off-white thick paint combined with the hint of the underpaint serve to fragment the outlines and heighten the sense of the buildings dissolving in the light (fig 3).

fig. 3 Detail from Jean-Baptiste-Camille Corot, 'Peasants under the Trees at Dawn', about 1840-5

fig. 4 Detail from Jean-Baptiste-Camille Corot, 'Peasants under the Trees at Dawn', about 1840-5

The diffuse outlines caused by the juxtaposition of sky and ébauche are also particularly evident around the bushes in the right background.  Around the central tree, where the sky has been brought around, further branches have been added on top of the landscape on both sides, another practice followed by Corot throughout his life. They are painted in a very distinct dark brown paint with silvery foliage, spreading across the tall building on the extreme left (fig 4).

The coloured greys which Corot began to use from the 1830s onwards here contribute to the misty atmosphere. The mauve-grey of the middle distance contains cobalt blue and vermilion mixed with smaller amounts of lead white and fine black.4 The grey-blue highlights from the leaves are also examples of Corot’s ‘coloured greys’, consisting of cobalt blue mixed with red lake, vermilion and other pigments. Corot made use of ready-made greens, but true to his usual practice toned them with other colours.

To paint the foliage of the tree Corot used a ready-prepared chrome green (a mixture of chrome yellow and Prussian blue), mixed with red lake, yellow, vermilion and cobalt blue. The sky is cobalt blue, Corot’s preferred pigment for skies, mixed with lead white.

Analysis has shown the presence of heat-bodied linseed oil as the binding agent. Of all the binding oils linseed has the best drying properties, which are enhanced by the heat-bodying process.

The painting has not been treated by the Gallery since it was acquired in 1977. In general it is in good condition apart from prominent craquelure over all the paint surface, some of the cracks having been retouched. There are engrained remnants of an old discoloured varnish, especially near the edges, and the present varnish is also slightly discoloured. The signature is slightly worn. The paint surface is somewhat flattened by the lining.