Kehinde Wiley at the National Gallery

Kehinde Wiley is an American artist best known for his portraits that render people of colour in the traditional settings of Old Master paintings. Most famously, in 2017, he was commissioned to paint Barack Obama, becoming the first Black artist to paint an official portrait of a president of the United States. His work makes reference to the canon of European portraiture by positioning contemporary Black sitters, from a range of ethnic and social backgrounds, in the poses of the original historical, religious or mythological figures. His images – as part quotation, part intervention – raise questions about power, privilege, identity, and above all highlight the absence or relegation of Black figures within European art.

In this exhibition, Wiley will shift his focus from one European tradition - Grand Manner portraiture – to another – landscape painting.

Through new artworks, including film and painting, Wiley will look at European Romanticism and its focus on epic scenes of oceans and mountains, building relationships with our collection of historical landscapes and seascapes by Turner, Claude, Vernet and Friedrich.

Like his work before, this new work will look back at Old Masters as a way to create new connections and raise fresh questions.

Film still from 'In Search of the Miraculous', 2021. © Kehinde Wiley. Courtesy of Stephen Friedman Gallery and Galerie Templon. 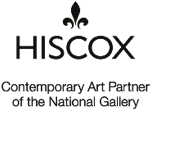